Back to the Future Day ⏲

Back to the Future Day ⏲ 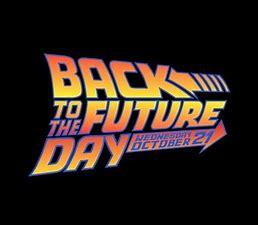 More About Back to the Future Day ⏲

HISTORY OF ​BACK TO THE FUTURE DAY Today, where we’re going, we don’t need roads. The iconic, nay, epic Back to the Future series gave millions of people in 1985 a glimpse of what the future could be like. Sure, we didn’t invent time travel (or hoverboards for that matter, we’re still salty about that one) but we did get an interesting look at the future that has actually come to pass. More on that later. Back to the Future day is celebrated on October 21, because that is the date Marty McFly originally travels to the past and sets in motion his undoubtedly existential adventure. In the original film, there are various plot twists and turns but what really makes the film worthy of its own honorary day, is the vision of early prototypes of today’s tech, like large flat screens, virtual reality eyewear, video conferencing, computer tablets and biometric scanners. A 2015 CNN Back to the Future Day anniversary article tells us that, ironically, the most innovative part of the film was the VistaGlide motion-control system which allowed Fox to share scenes with himself. Bottom line, Back to the Future Day not only gives the audience of 1985 a glimpse into our current techno-packed lives; but “Back to the Future” lets you time-trip with a very cool movie! The date for Back to the Future Day, is itself, doubly significant. According to the “Business Insider”, October 21, 2015 is the day the screenwriter, Bob Gale, chose for the Chicago Cubs to win the World Series, something, Gales says, “was the most absurd thing we could think of” in 1985 (turns out he was a year off, the Cubs won the series in 2016). The idea of the Cubs’ winning the Series gives Marty McFly something to bet on as a “hook” for the film’s second story line. In the sequel, “Back to the Future Part II,” Fox’s character, Marty McFly, travels to the future in 2015 to save the children that aren’t even a “twinkle in their dad’s eye.” Back to the Future is required viewing for nearly every science fiction fan and continually holds up as a fun, energetic jaunt through time with some memorable characters and truly great catch phrases. So this October 21, pop in this film and say “Great Scott.”